Can different PN number IVA-81A/D indicators be substituted for each other in various aircraft installations?

No, because TCAS II is installed under an aircraft STC approval, whatever part number is indicated in the TCAS II STC for that aircraft must be installed.  This is not referring to the IVA-81A to IVA-81D replacement that is addressed in another FAQ.

Is the Honeywell IVA-81D TCAS Indicator a direct replacement for the IVA-81A?

Is the IVA-81D TCAS Indicator a direct replacement for the older IVA-81A?

How do I determine how many TCAS indicators are required for my TCAS II installation?

If the aircraft in question is capable of single pilot operation then only one TCAS indicator is required. Otherwise, if the aircraft's operation requires a flight crew of 2 or more then 2 indicators are required.

How does TCAS II work?

What is the difference between the TID-66A/D and IVA-81A/D indicators used in the CAS-66A TCAS I System? 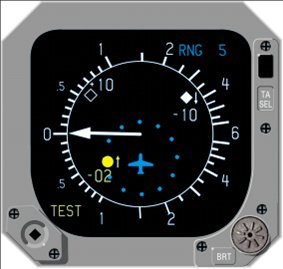 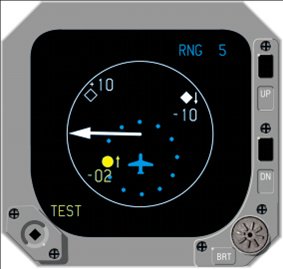 The TID-66A/D is similar to the IVA-81A/C but does not include any vertical speed functions.

The IVA-81A/D have the same mating connector as the TID-66A/D. In the case that a TID-66A or TID-66D indicator needs to be replaced, the more functional, available IVA-81D is the optimal choice. This should be considered in any situation where the TID-66A/D is used in the CAS-66A system since the TID-66A/D is a unique indicator that is not readily available from the OEM or the aftermarket. Despite using the same mating connectors, some connections between the TID and IVA indicators are different since the IVA has vertical speed indication. Therefore, the configuration strapping between the 2 can be different and several pins locations would need to be addressed when upgrading to the IVA-81D.

The change from the TID to the IVA does not take into account any certification issues that may arise in changing the original system configuration.

What is the difference between the IVA-81D installation kits?

Since there are versions of the IVA-81D TCAS indicator that operate on 28VDC or 115VAC, there are different installation kits for these varieties. The installation kit is simply the mating connector. The connector matches the unit variety it is to installed with. The various connectors are keyed differently to prevent DC units being installed into an AC aircraft and vice versa.

The IVA-81D could be used in place of the IVA-81B. However, in most cases, a change would need to be made the original aircraft Type Certificate or Supplemental Type Certificate in addition to the installation being reconfigured to display TAs on the IVA-81D.

PLEASE NOTE - Publications are for Reference Only