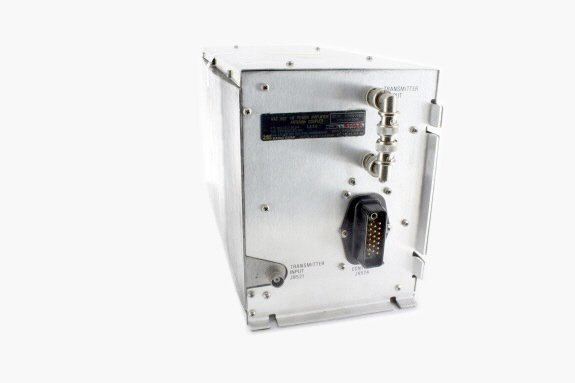 Why are KHF-950 components with the letter P in the serial number undesirable?

P serial number KHF-950 units are normally initial production units without most recommended service bulletins or product improvements. Most P serial number units still available on the avionics aftermarket are in poor condition and can be very unreliable.

Why are KHF-950 components below serial number 1500 undesirable?

Serial number 1500 and below limits the component interface availability of the system and in the aircraft. That is, all of the units in the system must be below 1500 in order for a complete system to function correctly. In addition, these serial numbers indicate older units which cause reliability issues.

Can the KHF-950 be installed into a helicopter?

Yes, with the appropriate equipment, hardware, antenna, and installation considerations.

A shorted tranline often referred to as "towel bar" antennas are best suited for helicopter applications. Towel bar antennas are attached parallel to the tailboom and fed in on the forward end (please see below example). Very specific instructions in relation to spacing, antenna construction, length, and mounting surface should be followed in order to minimize poor efficiencies at the low frequencies.

Since the towel bar style antenna is considered a short or shunt type HF antenna, the -02 version of the KAC-952 antenna coupler along with the KA-161 external capacitor must be utilized in this type of installation.

In certain installations, a towel bar style antenna may not be possible. Therefore, the KA-98 probe antenna may be used in the KHF-950 system. The same installation considerations (as mentioned above) would need to be observed since all short antennas provide poor efficiencies at low frequencies. A rod style antenna element is installed onto the front of the KA-98 (see picture below). It is important that the probe antenna be provided with a good RF ground. Therefore, the coax feedline from the KAC-952 coupler to the KA-98 cannot exceed 18 inches. In addition, the KA-98 can only be used with the -02 version of the KAC-952 and the KA-161 external capacitor to allow the antenna to tune more efficiently.

If this 18 inch requirement cannot be met, then the KHF-990 HF system should be considered since the amplifier is built in to the KAC-992 probe antenna coupler.

Can the KAC-992 probe antenna coupler be used with a KHF-950 system?

Can the KAC-992 probe antenna coupler be used with a KHF-950 system?

No. The following is a detailed explanation of some of the technical aspects within the KHF-950 and KHF-990 that prevent the KAC-992 from being used in the KHF-950 system.

The receiver/exciter and power amplifier is contained in the KTR-993. The output of the KTR-993 is the amplified RF signal at the rated power (watts). The KAC-992 is strictly an antenna tuner and provides no amplification. Also, the KTR-953 would not provide the commands required to initiate the tuning cycle.

What HF antenna would be suitable for a Cessna Citation?

For most Cessna Citation models, the following Dayton Granger parts will serve as a suitable HF antenna:

The KHF-950 I recently installed will not tune, what could be the problem?

Many of the tuning problems with the KHF-950 are related to improper antenna installation. Here are a few possibilities: In some cases, the KTR-953 could be at fault but not likely in most cases. If the tune cycle starts, then the KTR is providing ample power to the KAC. If the tune cycle never starts and the system immediately goes into tune faulty (beeping tone in headset) when the PTT is activated, then the KTR most likely is faulty.

For the KHF-950 system, can the KTR-953 and KAC-952 be mounted in different locations in an aircraft?

Yes, the KTR-953 receiver/exciter and KAC-952 antenna coupler can be mounted in different locations but problems may be encountered as a result. When the KTR-953 and KAC-952 are mounted in different locations, transmitter distortion and common mode rejection can be encountered within the system. Other symptoms might include:
If the KTR-953 and KAC-952 must be mounted more than 3 feet apart, then there are 3 Service Bulletins that should be incorporated into these units.
All 3 service bulletins are recommended for this installation condition. All 3 service bulletins are interdependent of each other and must all be installed for the system to function properly under these circumstances.

For more information on these modifications, please contact an SEA service representative today.

What type of HF antenna do I need?

The issue of HF antenna installation on an aircraft can be generalized with 2 considerations: Since there are numerous types of aircraft with varying installation requirements, there are several HF antenna configurations. Whatever the case may be, the antenna is a major factor for maximum performance of the HF system.

The wing “V” configuration is an effective HF antenna configuration for slow and moderate speed aircraft. This configuration provides an omnidirectional radiation Pattern. It has has the disadvantages of high drag and on low wing aircraft is prone to being walked into. 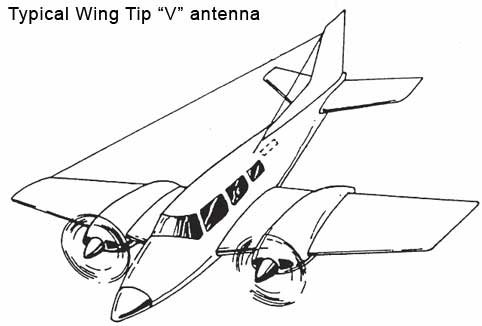 Short grounded wire antennas are primarily used on higher speed and/or high altitude aircraft. The short wire antenna have minimum drag and do not develop as high of RF voltages as the longer wire antennas. However the efficiency of the short antenna will be lower, especially at the low frequencies. 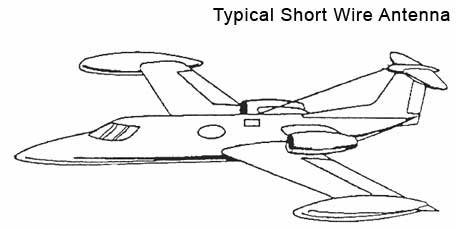 There a generally 2 types of shunt antennas. A towel bar style includes a rod or tube mounted on the airframe usually suited for helicopters.

The other type of shunt antenna is designed by the aircraft manufacturer as a part of the airframe structure on the leading edge of the vertical stabilizer. Leading edge antennas are ideal for Larger, high altitude jet aircraft. 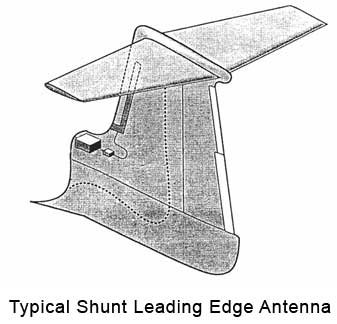 Probe HF antennas are ideal on aircraft where a long antenna is not suitable. It should be noted that probe antennas provide poor efficiency at lower frequencies as is the case with most short style antennas.

What rack do I use to mount the KAC-952 horizontally?

Is an STC required for an HF system installation?

In most cases, a Supplemental Type Certificate is not required for the installation of an HF system. Major changes or alterations to an aircraft may include those which affect weight, balance, structural aspects, reliability, operational characteristics, airworthiness characteristics, etc. Some major alterations can be performed using the FAA Form 337 with approved data. This approved data can be in the form of engineering data with a FAA designee approval (i.e. DER, DAR). The DER or DAR then issues an FAA Form 8110 which is considered approved data adequate to proceed with the installation.

HF installations in the USA are installed and approved in the method detailed above. STCs are not required for almost all HF installations since the change to the existing aircraft Type Certificate (TC) is not so intensive as to require one.

Why is the mod level important on the KTR-953 and KAC-952 HF components?

Previously, SEA answered the FAQ "...can the KTR-953 and KAC-952 be mounted in different locations in an aircraft". The answer to that question details the service bulletin (mod) levels that each unit must have incorporated for this installation scenario to be possible.

In addition to what these service bulletins offer in the way of installation flexibility, improper performance and actual unit failure can occur if the units are mismatched. KTR-953 units with SB 8 should only be paired with KAC-952 units with SB 9 & 10. KTR-953 without Mod 8 should only be paired with KAC-952 units without SB 9 & 10. Southeast Aerospace has actually seen units fail in the field when mismatched in this manner as well.