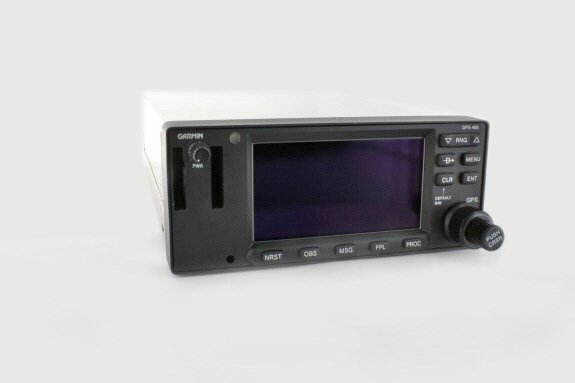 Due to the variation in condition of units, repair costs can vary significantly. The Average Repair Price indicated is a historical average only and is NOT a fixed or flat rate price. An actual cost to repair or overhaul an item can only be determined by proper bench testing at our repair station.
* Price & Availability valid as of 02/19/20 23:51:03 EST *

Due to the variation in condition of units, repair costs can vary significantly. The Average Repair Price indicated is a historical average only and is NOT a fixed or flat rate price. An actual cost to repair or overhaul an item can only be determined by proper bench testing at our repair station.

I need to update with ADS-B, at least Out, two planes and I´d appreciate your assistance.

What can I do to get ADS-B at an affordable price?

Without knowing exactly what ADS-B requirement or mandate you might be trying to comply with, I can only provide information relative to what we know here in the USA in reference to ADS-B for Part 25 aircraft.

For the Citation 550, the MST-67A will be superseded by the MST-100B if/when Honeywell can produce and certify the MST-100B. I have attached the only details that we currently have on the MST-100B. Honeywell has not even released pricing on this unit yet, however, ideally it would be an ideal solution ultimately since it is said to be plug and play with the MST-67A. With a WAAS GPS interfaced it would meet all ADS-B mandates. Also, keep in mind, that your CAS-67 can be upgraded fairly easily to Change 7.1 via Honeywell sales bulletin upgrading the TPU-67A processor to the TPU-67B. There is a company that offers some STCs for Part 25 aircraft if your region requires an STC for the 7.1 upgrade - http://www.prostaraviation.com/

If the MST-100B does not pan out for some reason and/or Honeywell keeps delaying its release, then there is a company named Jettech that has released Garmin GTX 3000ES ADS-B capable transponder to its existing STC covering Garmin GTN install on Citation and Citation Jet aircraft equipped with TCAS II. In addition, the company amended its Garmin GTN autopilot coupled LPV FAA STC for the Citation 500 series to include all Primus 1000 equipped Bravo, Ultra, Encore and Excel aircraft. They do not have much information on their website about the ADS-B STC but I recently learned about it at the AEA convention last week - http://jettechllc.net/index.html

Regardless of what direction you might go in, you should most likely get your GPS-400 upgraded to the GPS-400W while Garmin is still offering the upgrade. It is relatively inexpensive at around $3000 USD. Most FANS type systems will require WAAS GPS input or accuracy ultimately. Plus, Garmin's WAAS interface tis very compatible with most ADS-B solutions. Regarding the Citation Mustang C510 equipped with G1000, Garmin is still working on this solution. We assume it will include the GTX-3000 transponder(s) as this aircraft will require a 1090 MHz, (not 978 MHz UAT) system. I would continue to monitor Garmin's website for announcements relating to the G1000.

The 400/500W units with WAAS capability offer many new features and enhancements over the classic models. Some enhancements include WAAS enable GPS antenna, receiver, and software. The 400W/500W series units comply with WAAS TSO C146a and include hardware upgrades with a faster micro-processor. A terrain database for terrain awareness is included a standard feature. Most importantly, the WAAS GPS receiver allows pilots to use the GNS-400W/500W units for primary navigation and vertical guidance for LPV, L/VNAV, and LNAV+V approaches.

For a complete summary of the feature changes and enhancements, click Here.

Where can WAAS approach-capable GPS navigators be operated?

Are the S-Tec autopilots capable of flying WAAS approaches from the Garmin GNS-430/530W WAAS series systems?

For the S-Tec System 20 or 40, these systems are roll axis only. However, if equipped with a GPSS converter, these systems will follow the lateral steering commands from the GPS for a WAAS approach. Vertical guidance is pilot controlled.

For the S-Tec System 30 or 50, these systems are roll axis and altitude hold only. However, with a GPSS converter, these systems will follow the lateral steering commands from the GPS for a WAAS approach. Vertical guidance is pilot controlled.

What are the issues for interfacing the WX-500 Stormscope with Garmin WAAS GPS receivers?

Under certain conditions, the Garmin 400W/500W series units will not provide serial heading information to the L3 WX-500 Stormscope. Even if the WX-500 unit is wired for synchro heading, there may be issues with the WX-500, GDL-69 datalink, and crossfill between two Garmin units. Also, some issues have been encountered with the COM flip/flop key not switching between the active and standby frequencies. As of 8/20/07, Garmin plans to resolve these issue with the next software release. The software upgrade should be able to be completed at your local Garmin authorized facility.

Will the new Garmin 400W/500W series WAAS units work with my EFIS?

At this time, the Garmin 400W/500W series WAAS units are approved for interface to the following EFIS systems:

Honeywell EFIS 40/50 with the SG 465 symbol generator with the following limitation: No vertical guidance is provided for GPS approaches.

Sandel SN3500 with the following limitation: Vertical guidance is provided for GPS approaches.

How do I update the database in my Garmin GPS?

For handheld GPS receivers, database updates can be ordered and downloaded directly through Garmin's Internet site.

For panel mount GPS receivers, all database cards and computer downloads (if applicable) must be ordered through Jeppesen. Contact Jeppesen at www.jeppesen.com for more information.

How do Garmin GNS-400/500 series part numbers change when upgraded to WAAS?

I need an affordable IFR GPS system, which one should I purchase?

See this PDF document for a detailed listing of currently available IFR GPS systems and a brief comparison.

What is the meaning of the N in some Garmin part numbers?

Newly Overhauled parts obtained from Garmin are designated with an N in their part number. This usually follows the 010- in the part number. As with most Garmin 010 part numbers, the N part numbers are for ordering purposes only and do not actually appear on the dataplate of the unit.