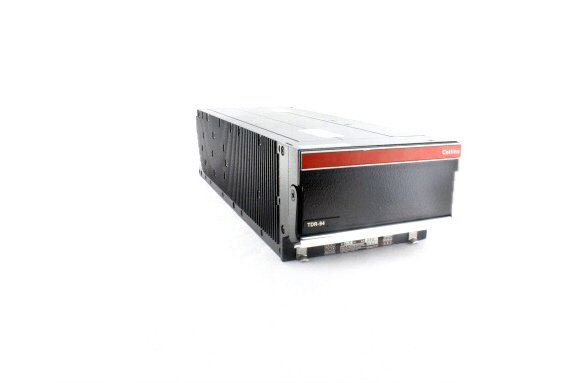 Due to the variation in condition of units, repair costs can vary significantly. The Average Repair Price indicated is a historical average only and is NOT a fixed or flat rate price. An actual cost to repair or overhaul an item can only be determined by proper bench testing at our repair station.
* Price & Availability valid as of 02/16/20 17:10:54 EST *

No, it is not economical to upgrade a -006 or lower. -007 and higher units should be pursued instead.

How old is the Collins TDR-94/94D transponder?

What is Flight ID in relation to Mode S transponders?

Most Mode S transponders such as the Honeywell MST-67A and Collins TDR-94D include a feature that allows it to automatically determine the aircraft Registration Number (Tail Number) of U.S. registered (N numbered) aircraft. If the aircraft is U.S. registered and operated where the tail number is used as the call sign (Flight ID), then the operator does not have to manually enter the Flight ID. Therefore, a control head with Flight ID input such as the Honeywell PS-578 or Collins CTL-92E is not required.

If the aircraft is operated where the Flight ID is not the tail number or the aircraft is not registered in the U.S., then a Flight ID control head is required to allow for manual entry of Flight ID. The flight ID may contain the company-assigned number for that particular flight such as an Airline name and Flight number.

Should a new transponder certification be performed if simply replacing an existing transponder?

Yes, anytime a transponder is removed or replaced an altitude correlation between what the transponder is reporting and what is displayed on the altimeter needs to be performed. This is outlined in FAA CFR Part 91.413. This regulation indicates that following any installation or maintenance of a transponder where data correspondence error could be introduced, the integrated system has been tested, inspected, and found to comply with paragraph (c), appendix E. Furthermore, these references indicate that an integration test between the altitude reporting equipment and transponder system must be conducted.

Automatic Dependent Surveillance-Broadcast (ADS-B) is a component of the Next-Generation (Next Gen) Air Transportation System. ADS-B is an advanced surveillance technology that combines an aircraft's positioning source (GPS), aircraft avionics, and a ground infrastructure to create an accurate surveillance interface between the aircraft & aircraft traffic control. ADS-B provides consistent position accuracy regardless of the aircraft's range from the receiver.

The improved accuracy and update rate of ADS-B is a critical segment of the NextGen infrastructure.

The FAA has determined that it will be necessary for all aircraft operating in specific airspaces to be equipped with ADS-B Out by 2020. A nationwide infrastructure of ground stations is scheduled for completion during 2013.

As of June 2010, only ADS-B Out is being mandated. ADS-B Out provides the ATC with real-time position information. ADS-B In is the aircraft's ability to receive and display other aircraft broadcasted information as well as the services provided by the ground stations.

ADS-B requires the use of a Positioning Source. As of June 2010, any positioning source is allowed; however, WAAS is the only positioning service that provides the equivalent availability required.

A Broadcast Link is also required for ADS-B functionality. There are two available options: 1090 MHz Extended Squitter (ES) or Universal Access Transceiver (UAT). FL 180 (the lower boundary of Class A airspace) is the ceiling for operating an aircraft equipped with UAT only.

ADS-B will eventually provide weather services, air traffic information, terrain maps and other flight information services for all pilots through satellite based data and ground stations. In accordance with NextGen, ADS-B will provide benefits that address some shortcomings over other, existing surveillance systems.

Some of these benefits include:
Click Here to View the official FAA NextGen Final Rule released on 5/28/10.

You may also View an SEA Summary of the FAA NextGen Final Rule (NOTE: this information has been altered for summary purposes and should be used as Reference Only).

How do I obtain a Mode S code?

The Mode S aircraft identification code is listed on AC Form 8050-3, Certificate of Aircraft Registration, as the International Civil Aviation Organization (ICAO) Aircraft Address Code. If the aircraft registration does not contain this information, aircraft owners with a Mode S transponder can obtain an aircraft identification code from the FAA Aircraft Registry in Oklahoma City, Oklahoma. This may be accomplished by writing to the following FAA address:

What if I do not have enough space to install multiple TDR-94(D) transponder antennas?

In installations where two TDR-94D transponders are used, but space is not available to install four antennas, special relays can be used to operate the two TDR-94D transponders with only two antennas. This configuration can also be used to operate two TDR-94 transponders with one antenna. The diagram below shows a Coaxial Switch from Ducommun (P/N: D2-729B002) completing the configuration. The described PN has been replaced by a more recent version, D2-729B003. This new version is available from Southeast Aerospace.

What is the difference between a "squawk" and a "squitter"?

In relation to the transponder technology, a squawk refers to a response that a transmitter responder (i.e. transponder) is making to an interrogation from Air Traffic Control (ATC). In a classic Mode A/C transponder, a squawk response included very basic aircraft ID, general status, and pressure altitude information.

A squitter or squit is a transmission that frequently sends aircraft ID and position data while not being interrogated. In some Mode S transponders and ADS-B devices, the squit transmission can include up to almost 50 parameters including lat/long position, direction of flight, velocity, and more.